Uncategorized
Piazza Navona is one of the most beautiful and famous squares in Rome and in the world. It's a splendid Baroque masterpieces with works by Bernini and Borromini. It was built on the perimeter of the ancient Domitian Stadium. 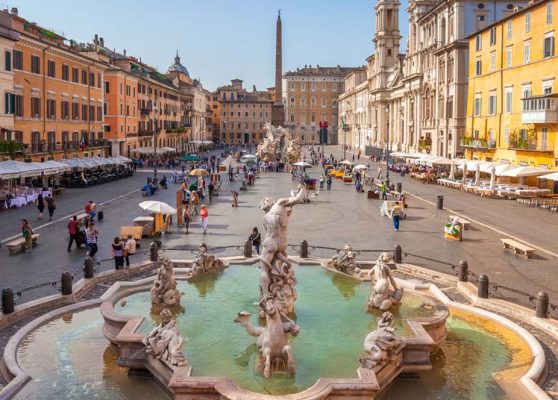 Piazza Navona was built on the site of the ancient Stadium of Domitian, wanted by the emperor himself in 86 AD. After the fall of the Roman Empire, the square came back to life in the second half of the fifteenth century as one of the main open-air markets in the city; the remains of the battered stadium were paved over to create Piazza Navona.

Piazza Navona owes its name to the agonal games (in agonis), gymnastic competitions that took place in ancient Rome. Over time it is believed that the name “in agone” has changed to “Navone” and, due to its similarity to the hollow profile of a ship, the square finally assumed the name “Navona”.

The Domitian Stadium, known as “Circo Agonalis” was commissioned by the emperor himself to play the most important athletics competitions in imitation of the Greek Olympics. The original plan was a large rectangular arena elongated by about 265×106 meters, with a hemicycle end and the other straight and a little oblique.

The structure, built in travertine and brick blocks covered with molded and colored stucco, is the only example of a masonry stadium known to date in Rome. The stadium remained in operation until the 5th century.

The stadium was destroyed by the fire that occurred at the time of the Roman emperor Marco Opellio Macrino. Restoration works were carried out in 217 AD. and in 228 AD, at the time of Alessandro Severo. The development of the agonas (gymnastic competitions) in the stadium continued throughout the fourth century, when it appears that it was perfectly preserved and functioning.

The decline and excavations

From the fifth century the decay of the monument began and subsequently the stadium was used, like the other Roman monuments, to quarry materials; the elevated structures were absorbed by the foundations of palaces and churches.

Among these, numerous fragments of sculptures and a bust in Pentelic marble, a copy of the 4th century BC. of the Lykeios Apollo by the sculptor Praxiteles. Other remains of the stadium have been identified in many undergrounds of Piazza Navona next to the famous relics under the church of Sant’Agnese.

The square in the Baroque era: Gian Lorenzo Bernini

The great renewal of the urban reorganization developed from the beginning of the seventeenth century by the will of Pope Innocent X, of the noble Pamphili family, who transformed the square into a jewel of Baroque architecture. He commissioned Gian Lorenzo Bernini for a sculptural realization such as the famous Fountain of the Four Rivers (1651), one of the most exciting fountains ever created, with the 16m high obelisk above.

The mandate for the project of the Church of Sant’Agnese in Agone was entrusted by the pope to the architect Francesco Borromini (in collaboration with Girolamo and Carlo Rainaldi) and finally the pontiff arranged the construction of the Palace of his Pamphili family (also by Rinaldi), where today is located the prestigious gallery designed by Borromini with the frescoes by Pietro da Cortona.

During the summer months, Pope Innocent had prepared the so-called “water games” by ordering to block the drains of the sewer network so that the water of the fountains overflowed so the whole square was flooded. In addition to the games, the real reason was to be able to recall famous naval battles (the famous Naumachie of the Romans).

In the 18th century, Pope Pius VI had the Palazzo Braschi built (1791-1804, now home to the Museum of Rome) on a project by Cosimo Morelli, then completed by Giuseppe Valadier. Through paintings, engravings and other ancient works of art, the museum relives the history of Rome over the centuries.

The square today is the center of an intense and lively life with many locals, painters, street artists and portrait artists. One of the most famous events is the large Christmas market which ends with the famous Befana Festival with its stalls.

Piazza Navona maintains the ancient structure of the old Domitian stadium with the variant of the second hemicycle made in the eighteenth century. The masterpieces of Baroque architecture had their splendor starting from the seventeenth century with projects of fountains, palaces, churches created by the great artists of the time: Gian Lorenzo Bernini and Francesco Borromini.

The Fountain of the Four Rivers

The Fountain of the four rivers is the largest of the three fountains in Piazza Navona. The scenographic work, in the center of the square, was built by Gian Lorenzo Bernini between 1647 and 1651.

The giants in white marble, placed on a travertine base (by Giovan Maria Franchi from 1648), are bare sculptures that represent the allegories of the great rivers in the four continents known at that time. the Nile (sculpted by Giacomo Antonio Fancelli in 1650), the Ganges (work by Claude Poussin in 1651), the Danube (by Antonio Raggi in 1650) and the Rio de la Plata (by Francesco Baratta, from 1651). Of course, the fountain was to celebrate papal power in the world, highlighted by the four large rivers:

Initially Pope Innocent X entrusted the project to Borromini but Bernini, thanks to the favors of the pope’s powerful mother-in-law, Donna Olimpia, (the rivalry between the two architects was famous at the time) brought a silver model of the Fountain. The pontiff was so impressed by the beauty of the artifact that he renounced Borromini’s project by passing the commission to Bernini.

The water that flows between the travertine masses infuses a suggestive movement because it spurts from a single source. Prominent component like sculptures, the water from the rocks pours in its impetuous crescendo between wild animals, palms, peonies, agaves and climbing plants, creating an extraordinary effect. The sculptural prodigy arouses admiration and amazement in the spectator, involving him in a universe of timeless perfection and beauty.

The “Fontana del Moro”, made of ancient marble, is the oldest of the three fountains and is located in the southern end of Piazza Navona. A colossal marine-man stands out on a huge shell while fighting with a dolphin. Based on Bernini’s original design, the work was sculpted in 1654 by the master Ludovico Rossi di Fiesole. The masks and sculptures of the tritons are copies of the originals visible today in the gardens of Villa Borghese.

The Fountain of Neptune

The Fontana del Nettuno is a monumental complex at the northern end of Piazza Navona. Made of pink marble portasanta and designed in 1574 by Giacomo della Porta together with the Fontana del Moro, it had the purpose of obtaining a shape similar to the two fountains with tritons and large masks.

The work commissioned by Pope Gregory XIII was never completed and for about 300 years the fountain remained without sculptures. Only in the 19th century in the center of the fountain was it possible to admire the water god Neptune (work by Antonio della Bitta), portrayed with his trident fighting with a large octopus.
The other sculptures, which were created by Gregorio Zappalà, illustrate two seahorses, mermaids and cupids playing with dolphins.

The church and buildings around Piazza Navona

From the ancient and narrow streets of the historic center, a space opens up that encloses in a single glance the large and artistic Piazza Navona. The subsequent construction of churches, fountains, buildings and historic buildings have framed this place making it an architectural jewel unique in the world.

The Church of Sant’Agnese in Agone in Piazza Navona represents the typical Baroque style of Francesco Borromini. The original church was built on the spot where the young Agnese was martyred.

Pope Innocent X undertook the construction of the palace for his Pamphili family in 1644 on the square where there was already the splendid Bernini fountain. Shortly thereafter, in 1651, the pope decided to erect a new church on the remains of the small basilica of Sant’Agnese.

The first project was proposed by Girolamo Rainaldi and his son Carlo, but not having received the favorable consent of the pope, he passed the task to Francesco Borromini in 1653.

A large theatrical facade characterizes this work which boasts masterpieces by painters and sculptors such as Alessandro Algardi and Gian Lorenzo Bernini. Inside of. lavishly decorated, we find the chapels and altars dedicated to the saints.

The Museum of Rome is housed in the eighteenth-century Palazzo Braschi, in the heart of Renaissance and Baroque Rome. The grandiose architecture designed by Cosimo Morelli houses the most important collection of testimonies relating to the artistic history and life of Rome from the 15th to the beginning of the 20th century.

The suggestive courtyard, the rooms painted with their original tempera decoration and the delicate stuccos display over one hundred thousand sculptures, engravings, paintings, drawings, furniture, carriages and sedans, antiques and frescoes.

The architect Giuseppe Valadier collaborated in the creation of a characteristic symbol of the palace: the monumental staircase with ancient statues adorned with sophisticated stucco reliefs for which the author Luigi Purchases was inspired by the myth of Achilles and the Iliad.

The historic Palazzo Pamphilj, commissioned by Cardinal Giambattista Pamphilj who became Pope Innocent X, is now the headquarters of the Brazilian Embassy. The architect Francesco Borromini in 1647 was consulted for the project but his proposals for the palace were not accepted.

The task was entrusted to the architect Girolamo Rainaldi who started the work. The painter Pietro da Cortona was commissioned to decorate the vault of the gallery. The sequence of ancient frescoes describes scenes from the life of the legendary founder of Rome, Aeneas.

The most picturesque market in Rome is the historical and traditional Christmas market where the classic trees, cribs and the typical figurines that populate them are sold. Visiting the stands in this lively and festive atmosphere allows you to fully experience the Christmas spirit of the eternal city illuminated by bright festoons. There are handmade gadgets, small and original ideas for Christmas gifts, tree decorations and all kinds of goodies for young and old.

Day and night Piazza Navona is a large merry-go-round of markets of all kinds with curious gifts for children and adults including the new decorations for the Christmas tree. A rowdy coming and going from one stall to another with the attraction of toys and handicrafts. And then portraitists, art sellers and drawings of ancient Rome; numerous restaurants surround the square to the delight of tourists with local gastronomic delicacies.

The Befana festival arrives on January 6 at the end of the Christmas holidays and tradition has it that it arrives here in Piazza Navona. It is the day dedicated to children. Legend has it that on the day before Christmas, the Befana, the good witch astride her broomstick, went to bring gifts to the children by filling the abundant stockings with gifts if they were good, or coal if they were bad. Often the program also includes puppet shows, clowns, music and dancing.

How to get there

The connections to Piazza Navona are: 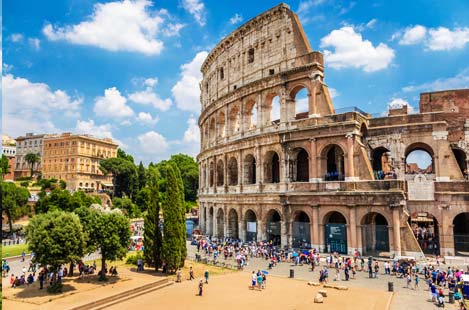 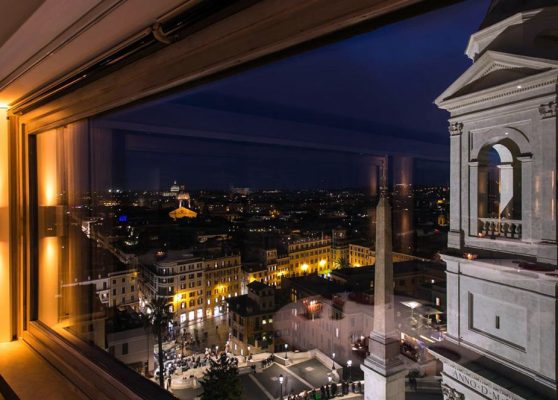 Piazza Navona: your opinions and comments 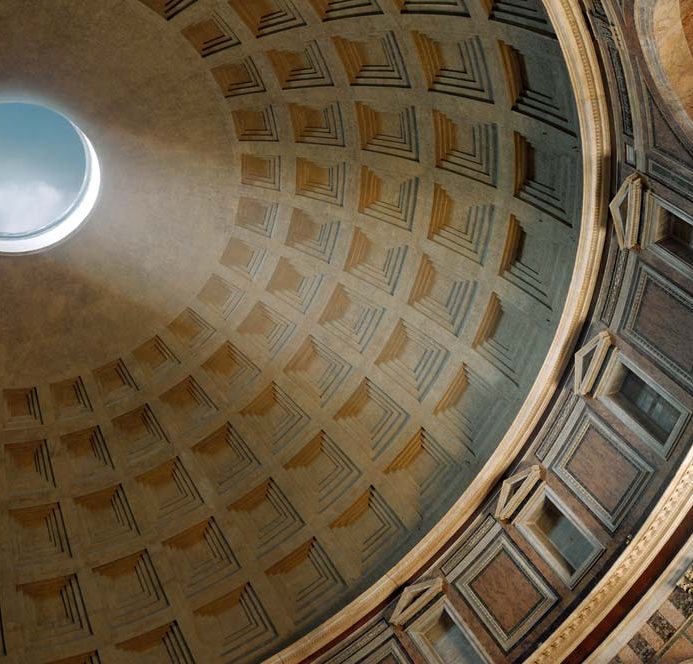 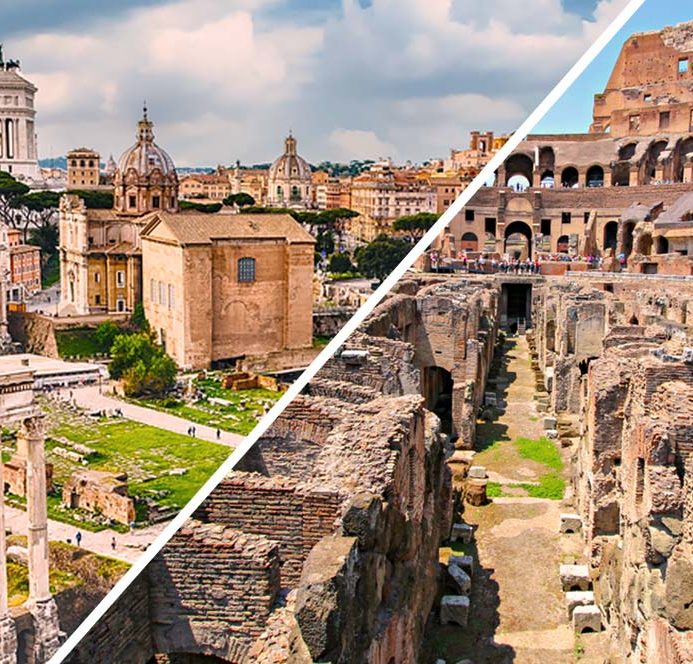 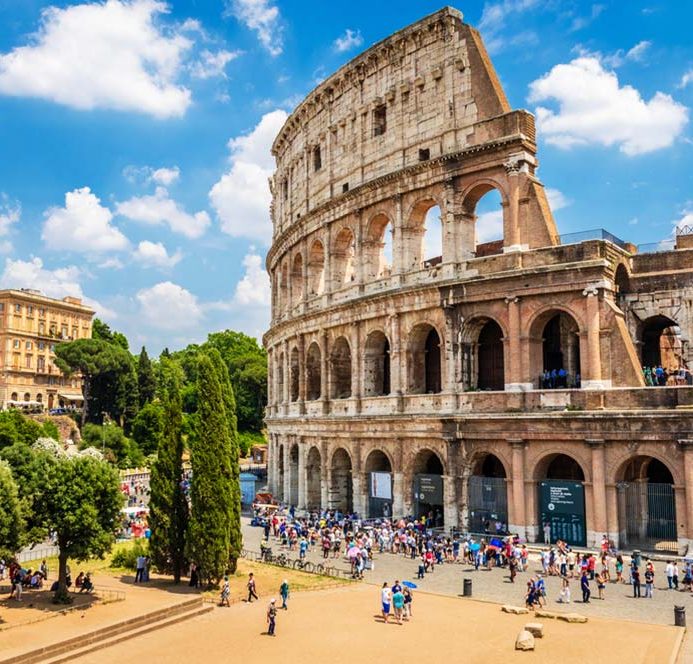 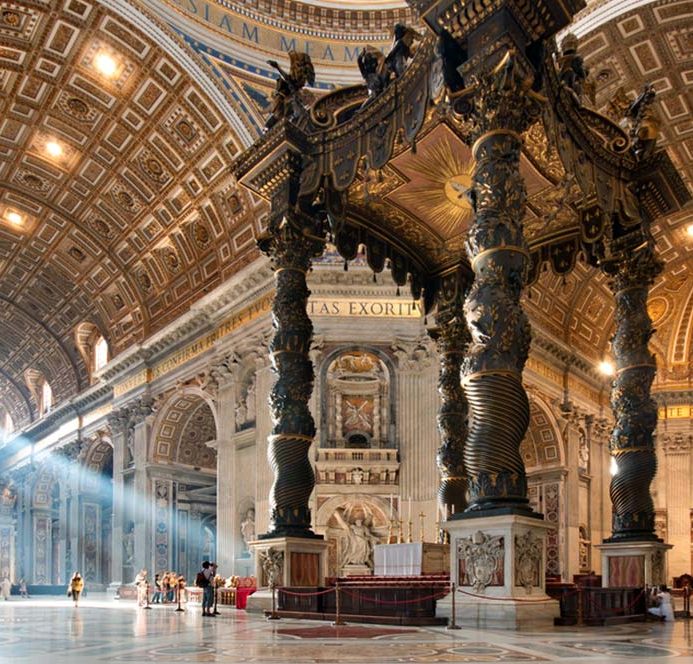